The Evolution of Deck Fasteners 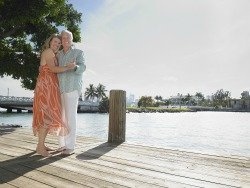 The 2001 viral video “The Evolution of Dance” was at one time the most viewed video on YouTube. We think the evolution of deck fasteners is almost as exciting…almost!   What isn’t exciting about taking a product from its most basic state and designing it to reduce both time and cost while creating smooth decking surfaces free from any visible fastener heads?

Long ago, when people were dancing to “U Can’t Touch This” and the “Macarena,” consumers were stuck with the standard pressure treated lumber deck with galvanized nails or screws. But, eventually something changed in the world of decking.

Consumers started becoming more interested in having their decks become an extension of their homes. They wanted larger decks with distinctive design that would last longer in their particular climate. Consumers also started having access to the Internet. Suddenly researching decking material and designs opened up a new world that has led homeowners to drive the decisions, and not the contractors, as it had been.

As deck structures have evolved, so too have consumer and contractor expectations on the performance of fasteners. Stainless fasteners began to be required as certain woods like redwood, cedar and tropical hardwoods made their way onto decks. Stainless also became essential to decking near water – pools, lakes and oceans.

One of the prime modifications to fasteners over the years has been focused on keeping them out of sight.  It started out with having various colors of screw heads painted to match deck colors. But today, we have the INVISIDECK® Hidden SCRAIL® Fastening System, which was designed for grooved and non-grooved board applications.

Decking will continuously evolve as consumers and contractors keep trying new structures.  Using the wrong fasteners can make all the difference to the look and longevity of the deck. The INVISIDECK® Hidden SCRAIL® Fastening System will dramatically reduce time and cost, and is the perfect fastener for all of your decking needs, so you can dance the night away. Now that sounds exciting!