Why Washers Go with Fasteners 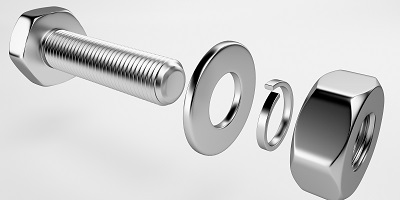 Washers, for those that don’t know, are the circular metal pieces that fit between a screw or bolt and the object it is going to be driven into. They can be made of a variety of materials including metal and plastic. They also come in many different shapes and sizes. Unlike a screw or bolt, a washer isn’t driven into any material which has caused some confusion about what they do. Washers, like those from ET&F® Fastening Systems, a BECK brand, have a variety of uses. Each of these uses is designed to extend the longevity and stability of your construction project. 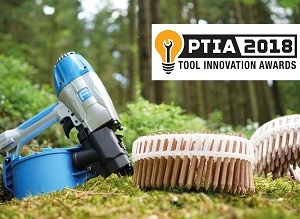 Why We Should Still Build Stuff 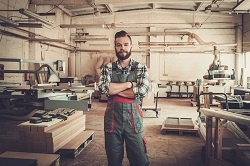 /ˈkraf(t)smənˌShip/ - to obtain a skill in a particular craft, the quality of design shown in something made by hand, artistry. 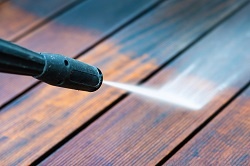 People have been building decks for hundreds of years. There is something to be said about not reinventing the wheel. While trends towards using composite decking and hidden fasteners have been growing, we wanted to take a minute to remind you what you’ll miss out on by omitting traditional deck construction methods.

How to Prevent Mother Nature from Wrecking Your Construction 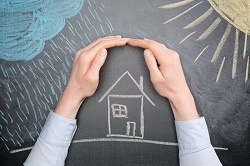 In a perfect world, the only thing impacting the life of our construction work would be the quality of the workmanship. But in the real world we have to account for the wear and tear that Mother Nature will inflict upon our work, and the people inside it. Here are a few smart ways to prevent the forces of nature from destroying your hard work. 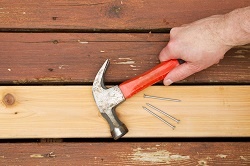 Holiday weekends are the calendar year’s greatest gift to homeowners. With an extra day added to the roster, the possibilities are limitless. This Labor Day weekend, tackle a project that never seems to fit into the standard Friday-Sunday timeline, and still have time for a family BBQ or two. 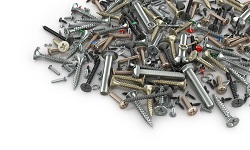 In the beginning, there were nails. 3400 BC is the earliest known use of them, in Ancient Egypt. It took 3337 years for screws to become the “next wave” in fasteners, found in 3rd century BC Greece. As you can tell, the innovations in fasteners picked up speed in the last few hundred years. Prior to the 1800s, screws were made by hand specifically for the purpose they were needed for. Then they began to produce them in forms, creating the ability to standardize and reproduce them with ease. Now, there are not only thousands of fastener options, but a wide range of finishes as well, each suited to a specific task. Here is a quick guide to the finishes you’ll see in the market today. 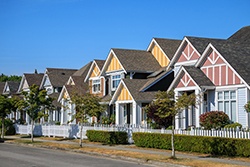 What if there was a way to do the same job your competition can do, but in half the time? You get twice the work, twice the income. That sounds promising, right? While there isn’t really a magical solution to give you this ability, we’ve compiled a list of suggestions on how to increase efficiency and speed in your construction. If you apply them, you’re likely to see strong improvements in your finish rate.

The Wide World of Fasteners: A Simple Guide to Types and Applications 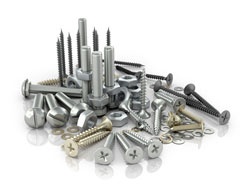 We find fasteners fascinating. There are several categories and then a huge depth and breadth of options available within them. There is an ideal fastener for every job. Are you using the right one for your materials and tasks? Check out this simple guide to the wide world of fasteners.

Make a List and Check It Twice. The Pros & Cons of Slate Roofing. 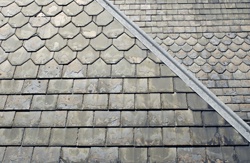 The roof is arguably one of the most important components of a home. A badly installed roof or poor material selection can cause a literal trickle-down effect on everything below it. Roofs are important! Are you considering a job that is requesting slate roofing as your next project? Looking to suggest slate to future clients? Here are the pros and cons of this classic roof material.