Insulation: A Quick Guide to Types and Best Practices 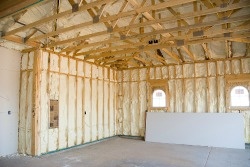 A little humor to kick off your week… A friend of mine purchased an old home in northern New York State from two elderly sisters. Winter was fast approaching, and they were concerned about the home's lack of insulation. "If they could live here all those years, so can we!" they confidently declared. One December night the temperature plunged to below zero, and they woke up to find interior walls covered with frost. They called the sisters to ask how they had kept the house warm. After a rather brief conversation, they discovered “For the past 30 years we've gone to Florida for the winter!" All joking aside, for those living in older homes this joke isn’t too far off the mark.