Techniques to Combat the Challenges of Zinc Roofing 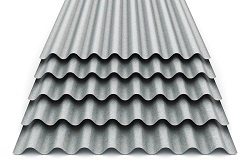 While zinc is a seemingly new solution in the United States, other countries have been using zinc roofing for well over 100 years. Europe has been using zinc as a naturally weathering material that’s both inexpensive and long-lasting. Its average lifespan is about 70 years, but there are zinc roofs out there that are more than 100 years old and still performing well. With a lasting power like that, it’s hard to believe that it is not as popular as alternatives such as copper, aluminum, or stainless steel. Although zinc is a phenomenal roofing material, it only works well when installed correctly. Here are three important things to keep in mind to get the most of a new zinc roof.

The kryptonite of zinc roofing is water damage. Zinc reacts with oxygen in the air to create a film of zinc oxide. When combined with water and carbon dioxide, it transforms into zinc hydroxyl. Through the repeated process of water collecting and drying on the roof, the layer of zinc hydroxyl spreads and serves as a protective layer that actually prevents corrosion. While this alone is harmless, issues begin when moisture gets trapped. Water that is unable to drain will cause serious damage if not addressed quickly. Although metal roofs are designed to shed water, it’s anticipated that a small portion will collect under the roof. For other materials this won’t cause lasting damage, but in zinc roofing, even small quantities of water trapped under the roof cause severe corrosion. As a result, manufacturers of zinc roofing began creating ventilation spaces composed of 3D polymer separation mats that allow the moisture to drain and evaporate.

Roof leakage on the underside of zinc roofs causes a deterioration process called backside corrosion. In addition to providing ventilation spaces, there is a coating that can be applied under the roof that also helps prevent backside corrosion. The coating is an organic paint that creates a barrier which prevents moisture from sitting on top of the zinc. This coating works best in conjunction with a ventilation space because water can damage the coating, and thus erode through to the roof itself. The coating is also defenseless against corrosion that has already started and is most effective when applied to a newly installed zinc roof. In instances where neither ventilation or protective coatings are applied to a zinc roof, backside corrosion will eventually spread white rust through each and every panel, which ultimately takes several years off the lifespan of the roof.

It’s clear an imperative responsibility for zinc roof owners is limiting the amount of water and leakage underneath the panels. This means panel closures need to be installed properly and securely. Closures at panel ridges are best installed using the bread-pan technique, which folds the pan rather than cutting it in an up-turned manner. At panel seams, Z-shaped closures should be used to attach panels over the span of the entire roof. With these techniques, water leakage will be vastly minimized. When installing zinc roofs, attention to detail is key. Neglecting to leave ventilation space or shoddy panel work will lead to quick deterioration of materials, and the roof won’t last nearly as long as it would have if it was installed correctly.

Zinc is a finicky material, but when installed using the above techniques and high quality, specialized installation tools and fasteners, they are long-lasting and reliable. There are pneumatic tools and collated, combination fasteners that make installation incredibly simple and quick, like the SCRAIL® RoofLoc® system from BECK, available through it’s master distributor BECK America. The key is the fastener that drives in like a nail but has the holding power of a screw. They also back out like a screw, making adjustments quick and easy. They have 520-pound holding strength. Each fastener has a leak-proof EPDM-washer that resists temperature contraction due to temperature extremes; and no metal residue or “pig tails” allows for superior washer seal and eliminates scratches.

Zinc has become such a coveted material due to its aesthetic qualities. With a matte finish and dark grey coloring, zinc pairs well with a variety of building styles. It’s also eco-friendly and easy to recycle because old zinc roofs are often re-purposed in galvanizing. Don’t let the possibility of water damage and corrosion deter you from zinc roofing, as long you have the right tools and fasteners. Zinc is cost effective, and when installed and fastened correctly, it will serve you well for 70+ years.